Dealing with poultry predators can be a frustrating experience.  Who are the culprits that we are dealing with?  How can we identify the specific poultry predators?  What can we do to prevent problems with predation?  These are all questions that are important to consider when we want to control predators of our poultry yards.

I’ve gathered some photos and some brief descriptions of the species that most commonly cause problems for folks here in the East.   Some species, like weasels and mink are less common in some areas of our region but can cause a lot of damage in short order if you are ever unfortunate enough to come across them.  Other species like foxes, raccoons, skunks and opossum are quite common in most rural or suburban settings.

How to Control Poultry Predators

The best way to avoid problems with poultry predators is to properly construct your pens.  You also need to realize that free range poultry are going to be more susceptible to predators than those that are penned.  It is not unheard of for certain predators to attack during the daylight hours, but most species do their hunting at night. Depending on if you are raising poultry in and urban or rural environment, you may also be dealing with different poultry predators.

When constructing a pen to exclude predators, make sure you leave no openings large enough for them to gain entrance.  Snakes and weasels can squeeze through some very tight openings, often as small as ½ to ¾ of an inch in size and the selection of the proper sized wire is essential to keep them out.  Door openings need to be fit together tightly.  When possible, construct your pens so that an apron of wire can be buried coming out from around the base, of the pen to prevent predators from digging into the pen from the outside.  If you suspect a climbing predator (raccoon, opossum) you may want to utilize an electric fence wire to discourage climbing.  This is important even if the tops of your pens are covered with netting or wire as some predators may attempt to chew their way into the pens.

One possible deterrent is a solar electric fence charger that can be purchased for around $100.  If you install an electric fence, remember that the fence needs to be properly grounded if it is going to work dependably.   The nice thing about solar chargers is that they are essentially cost free to operate and they can be placed in areas far away from an electric service.  They do have to be maintained by keeping debris off of the fence wire which will cause it to ground out, and fail to properly charging the fence.

As a last resort, predator control relies on trapping as a way of reducing predator numbers.  Trapping can be done with live catch box type traps, leg hold steel traps, or kill traps.  Box traps tend to be most effective for raccoons, opossum and skunks but do not work consistently well for foxes.  If it is your intention to release live caught animals back into the wild, realize that you may be moving a problem from your area to someone else’s back yard.  Additionally, it may be necessary to move the animals 10 miles away or more from your present location or they may find their way back to your operation.

Be sure the box traps you use are sized properly for the animal you intend to catch.  Raccoons can be quite variable in size and many box traps sized for raccoons may be too small for a larger specimen.  Finding a box trap repeatedly set off, without anything inside the trap is a good indication that the predator in question is too large to properly fit in the trap.  One type of bait that works well for raccoons, opossum and skunks is canned sardines packed in oil.  Just crack the lid on the can open so the predators can smell the contents of the can and place it inside the trap.  Marshmallows are another good bait for raccoons.

If you capture one of your culprits, you may want to throw a large towel over the trap to calm the animal before transporting the animal to a new location. Even skunks can be moved this way without spraying if you gently cover the trap completely before moving them.

If you decide to use steel leg hold traps or kill traps you need to be aware that there are many different types and sizes of these traps.  Smaller animals like a weasel or mink can be caught with a number 1 trap, while foxes, raccoons, opossums and skunks are better caught with 1 ½ to 2 sized traps.  It is best to find a local trapper or someone who has done this before to show you how to properly set these types of traps.

In the end, if you use leg hold traps, it is absolutely critical that you check your traps each and every day, preferably first thing in the morning.  Animals that are caught need to be dispatched (killed) quickly.  Surprisingly, experienced trappers can oftentimes release captured animals unharmed if they are caught in a leg hold trap but you really need to know what you are doing to avoid being bitten.

Before doing any trapping, be sure to seek out, read, and follow your states game laws as many predators, considered fur bearers, are protected by state regulations which dictate how and when these species may be trapped.  You may also want to check into laws in your state specific to wildlife that are doing damage to poultry and livestock as the regulations may vary when damage is being done.  Finally, some states have regulations preventing the use of certain types of traps or that may require specific trap types be set in a specific fashion.  The only way to be certain is to check first.

What Types of Poultry Predators Do You Have?

Hawks and owls can be a big problem if they start coming to your poultry yard.  Great Horned Owls (which are a major predatory species in our area) typically hunt at night and tend to be a bigger problem for waterfowl left on open water in uncovered pens.  If you pen up your chickens or ducks at night, you will rarely have a problem with Great Horned Owls.  Coopers Hawks are a bigger problem for chickens allowed to roam in the yard or out on pasture.  Both Coopers and Sharp Shinned Hawks look very similar and both will eat birds, however Sharp Shinned Hawks will typically only take smaller prey (birds up to the size of a pigeon), while the Coopers Hawks can kill an adult sized chicken.  All birds of prey are protected species, and the only recourse you have is to keep your birds in enclosures  should you have a problem with them.

Black Rat Snakes are another potential predator of the poultry yard and in our area, one of the few species of snakes that will feed on eggs and chicks.  Whenever possible make sure your pens are constructed tight enough to prevent snakes from gaining entry.  Snapping turtles     can cause problems for folks with duck ponds as they will capture and feed on ducklings and small sized ducks that they capture by pulling them underwater from below.  Turtles can be captured and removed from farm ponds using large meat baited hooks or turtle traps.

There are other predators that can pose a problem if you happen to live in an area where they frequent.  For example, coyotes are becoming a major problem in some areas of the country.  While they tend to prey on larger animals, they can and will take poultry when available.  This species is very adaptive and difficult to capture.  Many folks in rural areas resort to shooting them using predator calls to lure them within range.

If you live in an area where black bears are present, realize that they can be extremely destructive and can damage both pens and buildings.  This species is not very common in residential areas unless their populations are high.  Heavier construction materials and electric fencing are one way to keep them out.

I cannot stress enough, the importance of becoming familiar with your fish and wildlife service and the game laws in your state before taking any action against a predator.  Individuals have been fined, and in some cases, jailed for killing certain species (especially raptors) that are doing damage.  Ultimately it is up to you to research the laws before taking any action.

Some of the major poultry predatory species 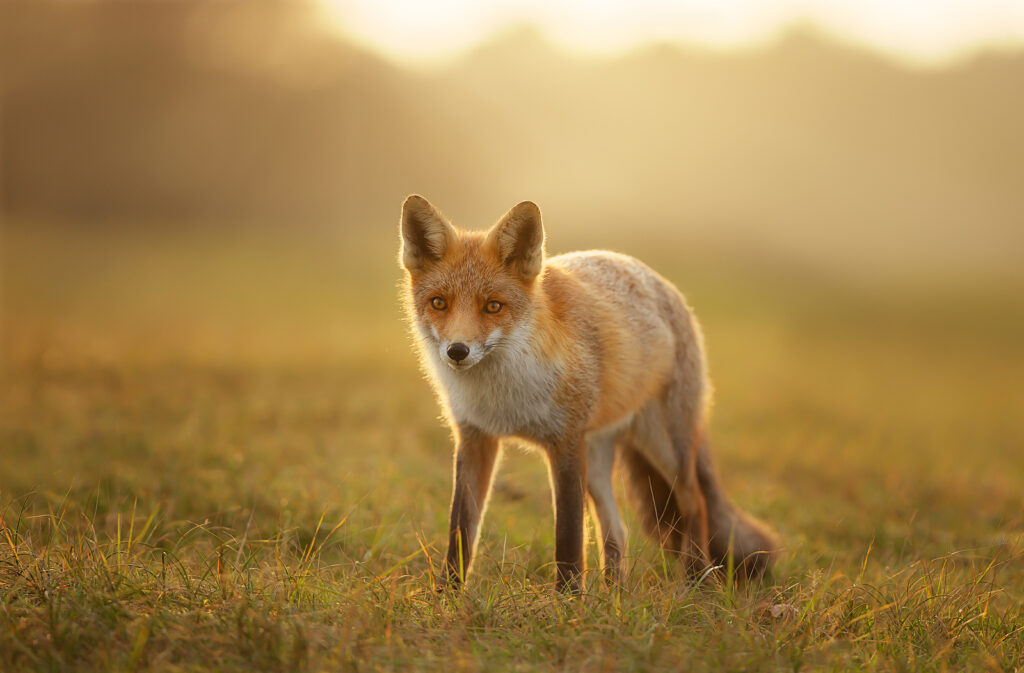 Kills and carries off adult birds but will also take eggs and chicks. 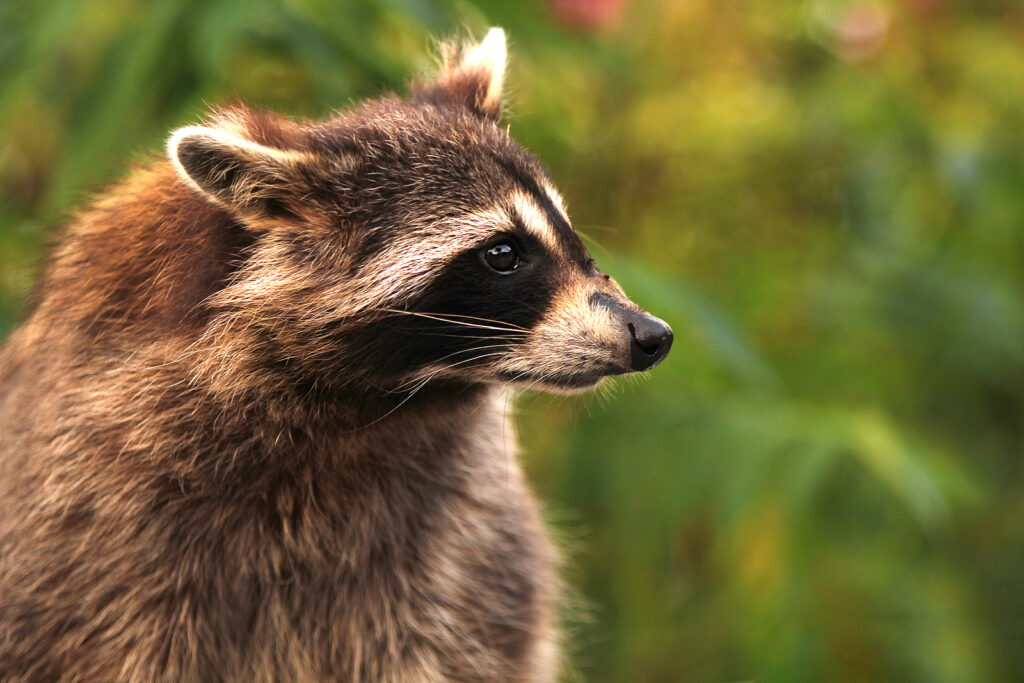 Can kill several birds at a time, especially if you are dealing with a family (mother and young) 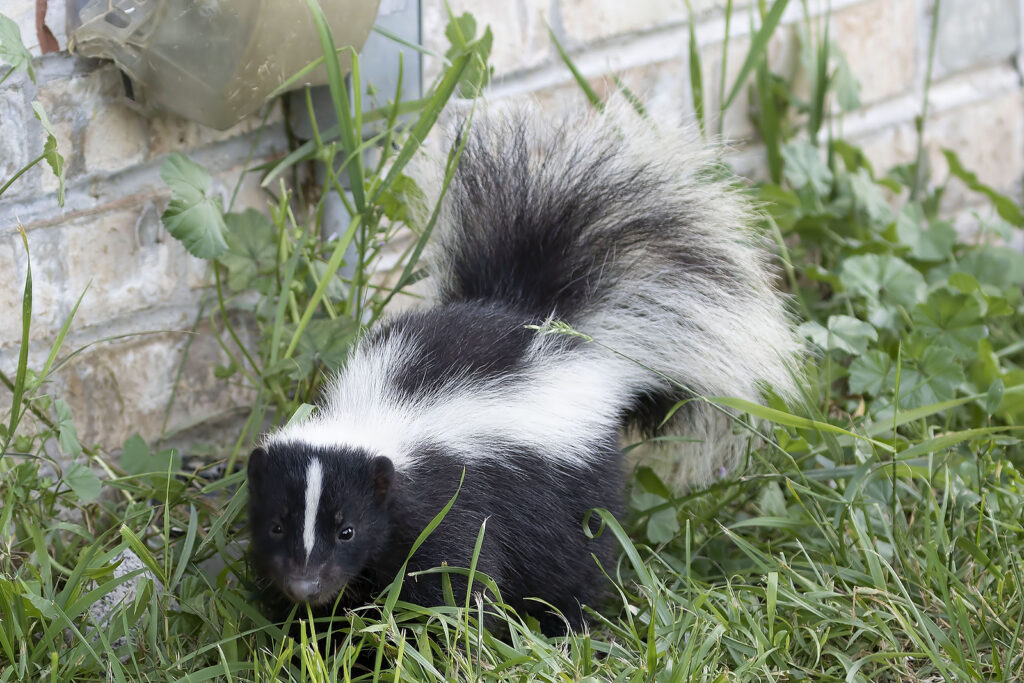 Eats eggs and birds it can catch, especially young chicks and ducklings.  Eggs are usually opened on one end

Less of a problem with adult birds.

Great diggers and will dig in under fences. 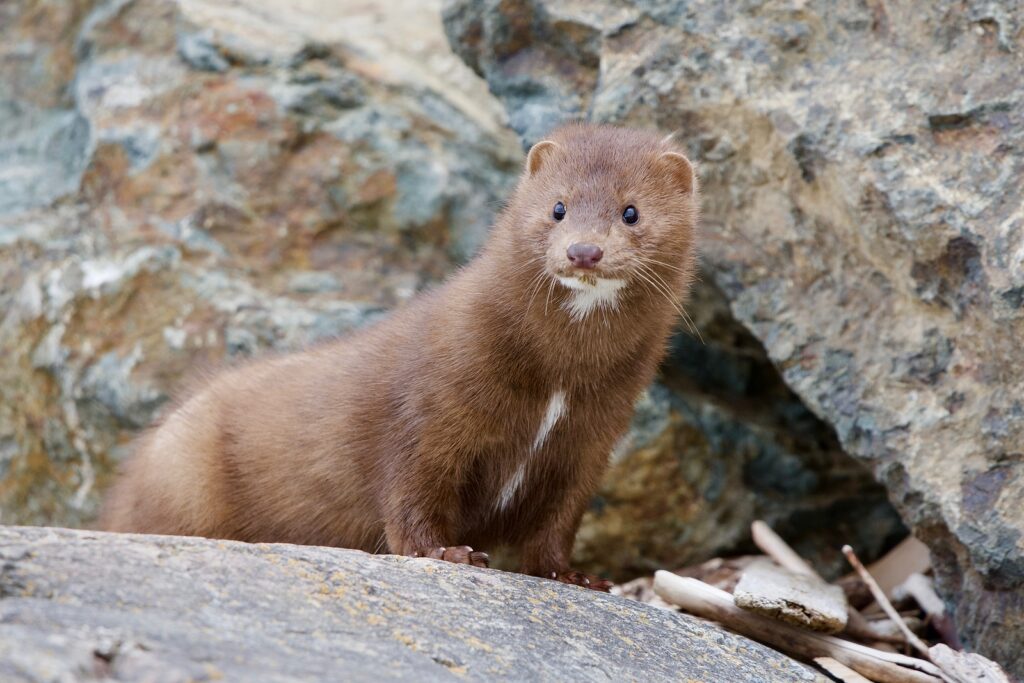 Major killer of ducks and chickens if they gain access to pens.  Big duck breeders in the Midwest report 50+ birds killed in one night by a single mink.  Dead are usually piled up in the pen. 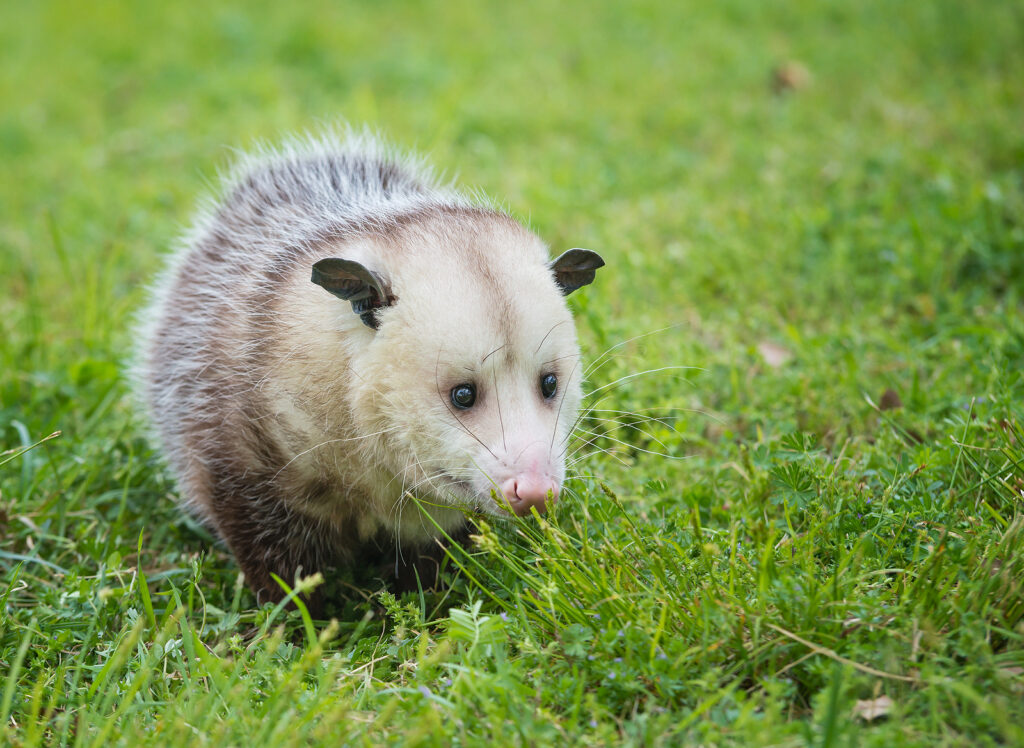 Will eat eggs and birds it can catch.

Easiest to capture in a box trap.

Usually chews up egg shells leaving them mashed up and messy. 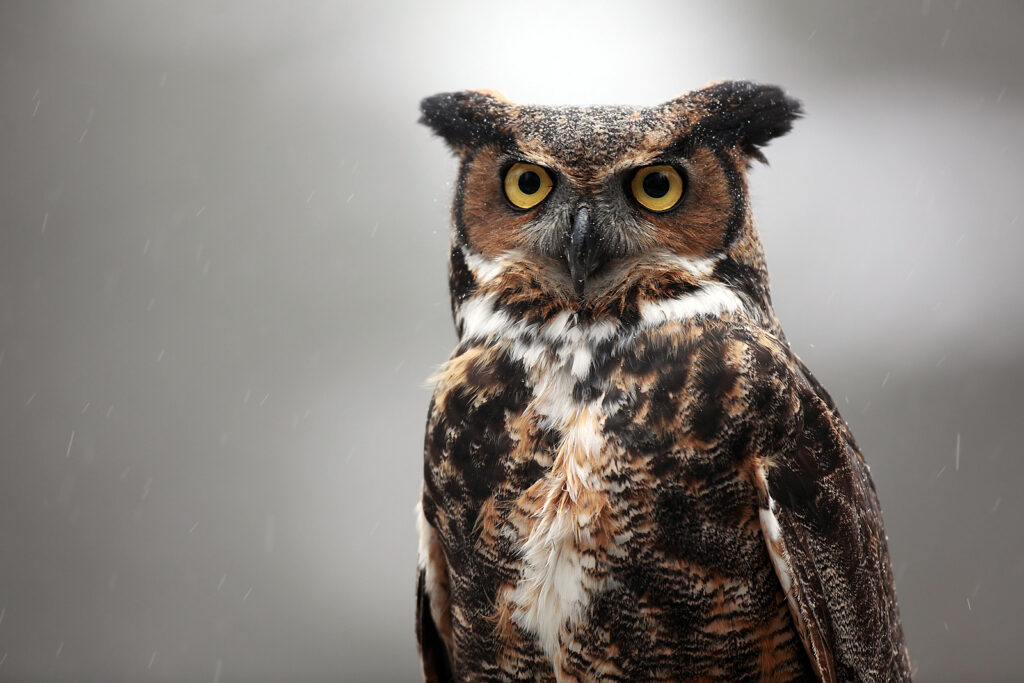 Will kill and feed on ducks/small geese.

Often removes and eats the head of any bird it kills. 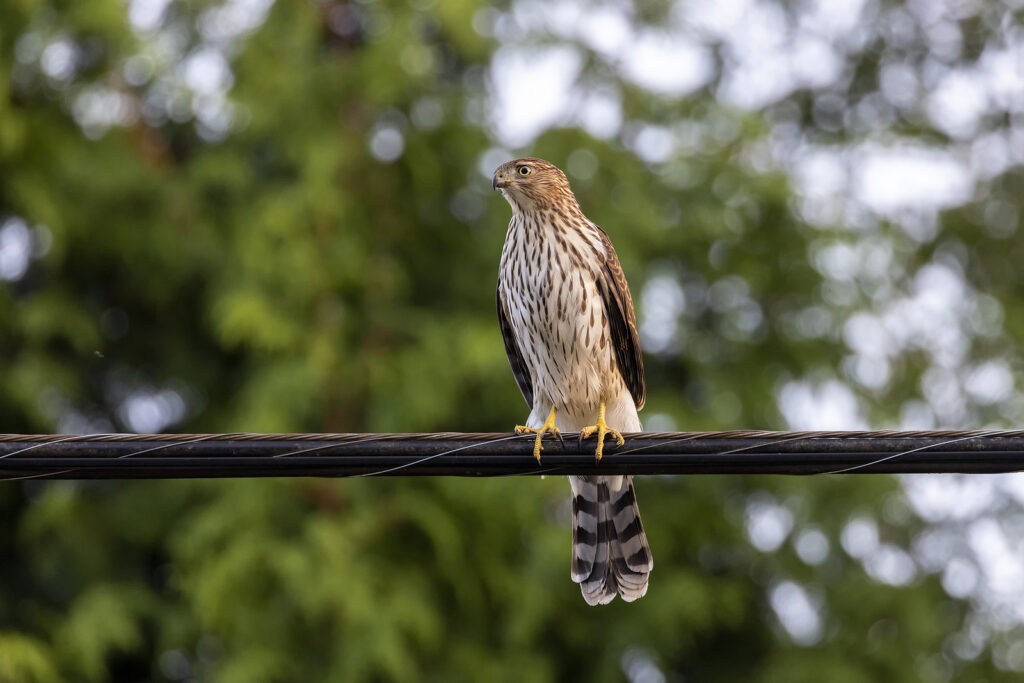 Most hawks will pluck their prey before eating it so numerous feathers would be around the kill site. 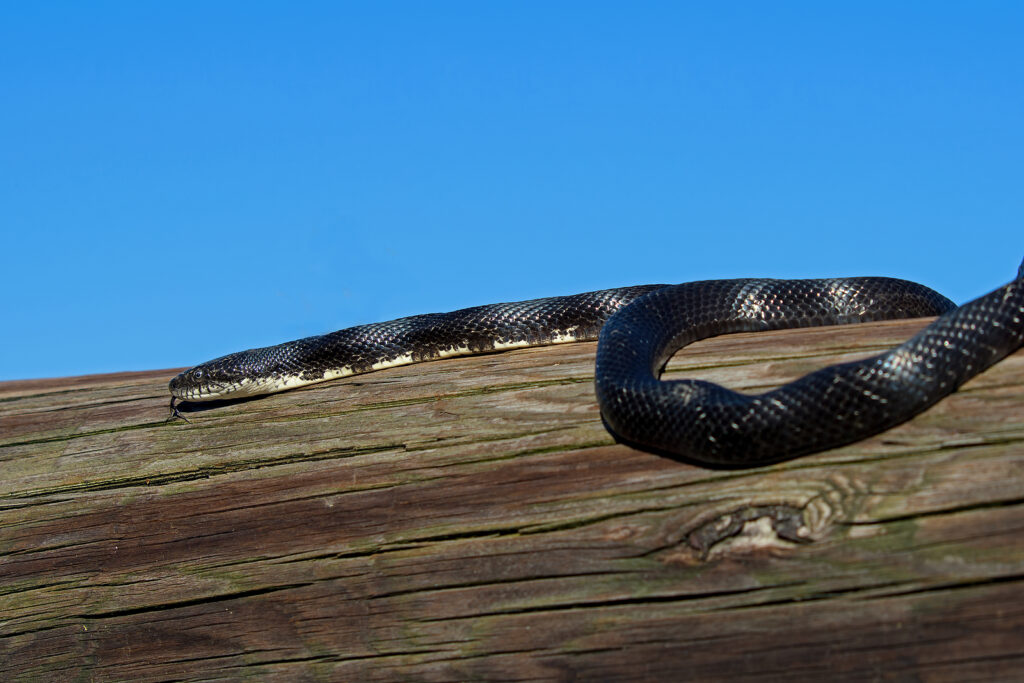 Will eat eggs and chicks and sometimes kill and attempt to eat small adult birds.

Will often clean out entire nests of eggs at one time.

Non-poisonous species can be captured and removed easily. 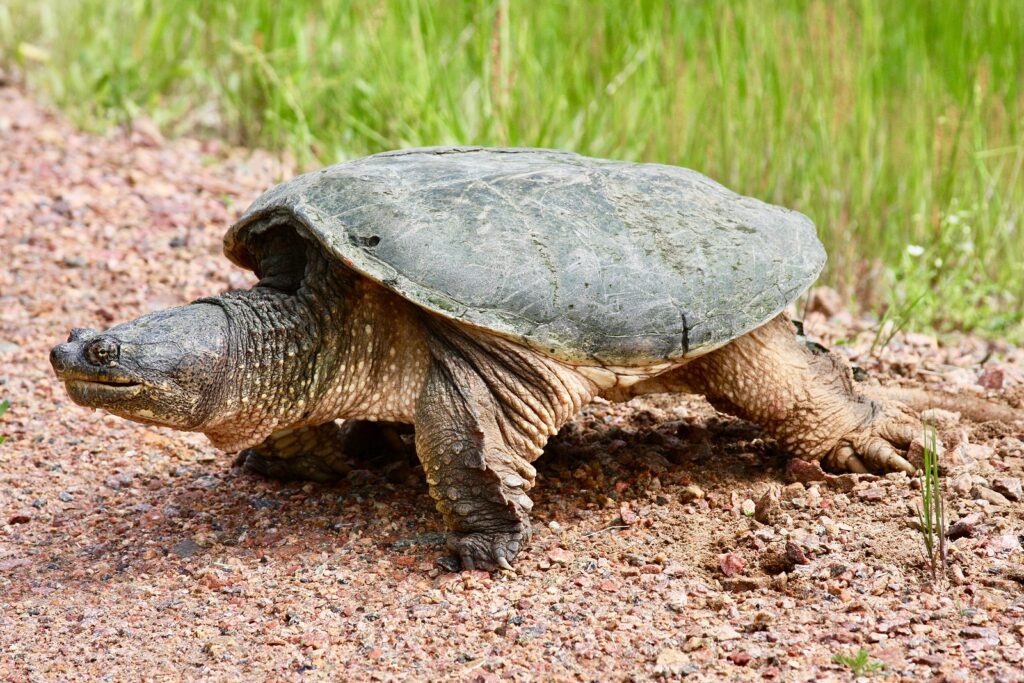 Best approach is to trap or capture with 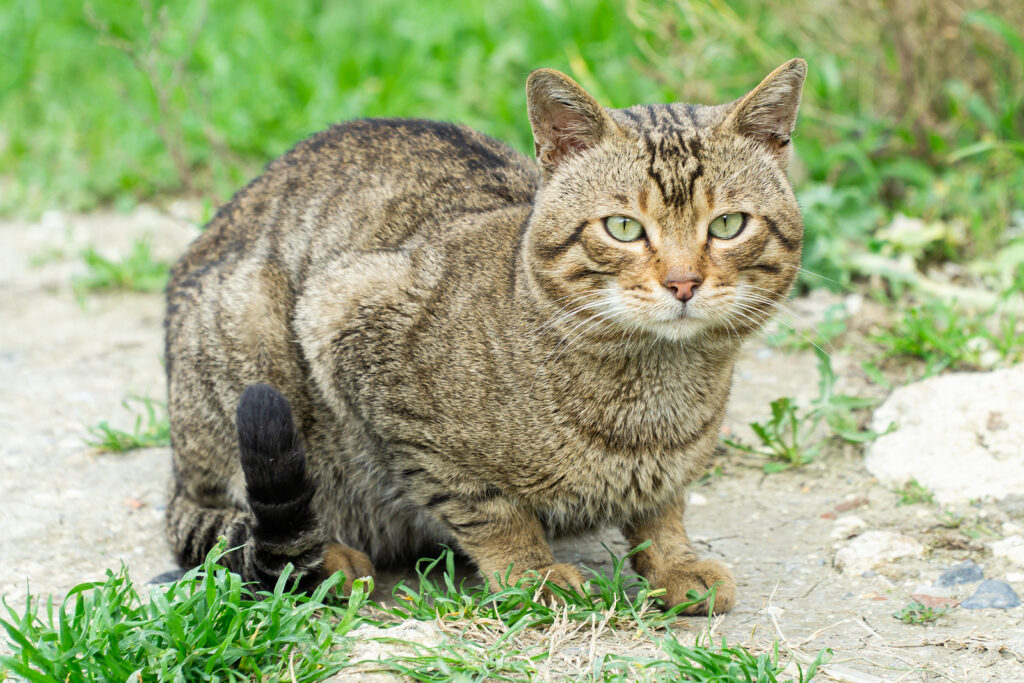 Dogs can be quite destructive to pens.

Feral or free ranging dogs and cats can be quite destructive to both wild and domestic fowl and livestock.