There is only one variety of Rhode Island Whites admitted to the Standard of Perfection: Rose Comb. Rhode Island Whites were originated by J. Alonzo Jocoy, who lived in the State of Rhode Island, near Peacedale. He bought two White Wyandotte cockerels in 1888. These birds were mated with two Partridge Cochin hens. The pullets that resulted were a dirty buff; they had rose combs and clean yellow legs, and for cross breed chickens they were said to have been an ideal lot of birds.

These pullets were again mated with Cochin blood, as the Cochin was a high-class roaster-producing fowl in that day. However, the white fowl were the choice of Mr. Jocoy because they made the better dressed carcass. The pullets from the second Cochin cross were mated with a Rose Comb White Leghorn male. From this mating he raised over a hundred chicks, ten of which were pure white, and of the ten, two were males and eight were females. They had rose combs and clean yellow legs. In shape they resembled the Plymouth Rock. The eight white pullets began laying before they were six months old. Rhode Island Whites were then started from this foundation. Other blood may have been added since; on this there are no authentic records.

The Rhode Island White is a general purpose fowl; it has both meat and egg properties. One of the finest flocks of growing youngsters we ever saw were in the yards of a Mr. Gough at Peacedale, Rhode Island. Eleven years has not erased the memory of those robust, thrifty young chickens. The birds of this breed have yellow skins and are sitters. 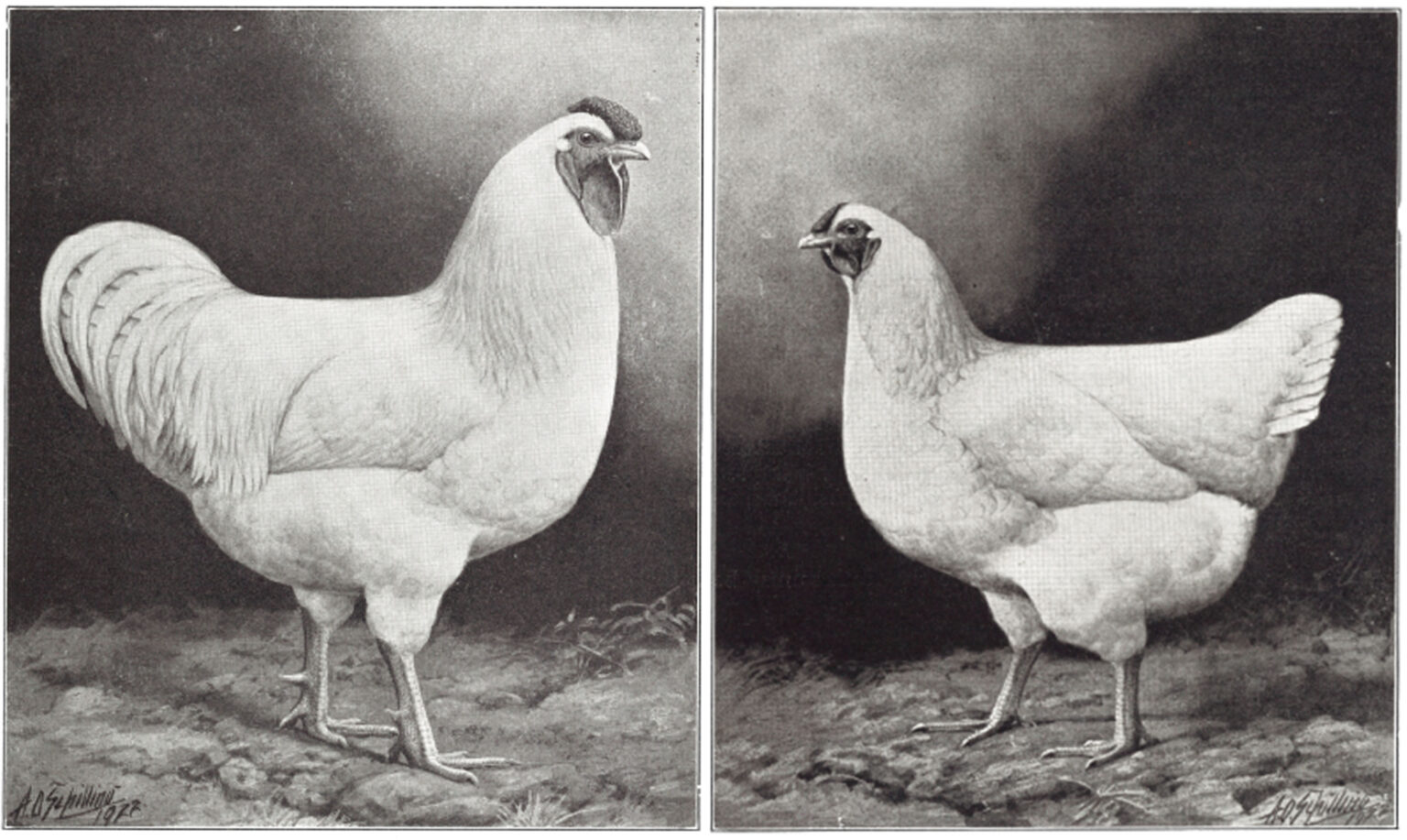 Rhode Island Whites depend altogether on the oblong, brick shaped body type to give them the distinctiveness of an independent variety. Shape is therefore of paramount importance in selecting birds for the breeding yard. The breeder should study every detail of Rhode Island Red type and select birds that in their general set-up conform to that type. Breeding for color is the same as in the White Wyandottes, the color of this variety needs careful attention.

Article from: Their Origin, History of Their Development, the Work of Constructive Breeders and how to Mate Each of the Varieties for Best Results.Frank L. Platt January 1, 1921 American Poultry Journal