This article on artificial lighting for waterfowl is being republished from Acorn Hollow Bantams website with permission from Lou Horton.

Sometimes, breeders try to get an early jump on the breeding season through the use of lights. Since waterfowl are very photosensitive and respond well to extending daylight hours, egg production can be brought on even during the cold, short days of January. Doing so may give an advantage to those early hatched birds in show competition against birds perhaps one or two months younger than themselves. That advantage tends to fade in late fall and winter shows, however. It must be kept in mind, however, that bringing on egg production is one thing and really benefiting from it is another.

It is important that the birds should be in prime condition and not over fat before stimulation of early egg production is begun. It is also important that the birds should be gradually shifted on to a high quality breeder feed over the course of at least a week or ten days. Once that is done, the daylight hours can be lengthened by one half hour per day the first week and increased to two hours per day by the fourth week. I recommend that a timer be used to insure accurate increments of increase. I also recommend that the day be lengthened at the beginning rather than the end of the daylight hours. This allows a natural twilight period for the birds to find their sleeping areas before the light is lost. It also insures that the critical feeding time just before nightfall is not interrupted abruptly. Birds need to face the cold nights well fed and hydrated if they are to survive much less breed in severe weather.

Some other factors should be considered carefully before forcing waterfowl into breeding early. Are the breeders well matured? If not, the males might well not be able to produce semen for an early breeding season. Also, remember that early ducklings and goslings mean that they will have to be brooded for perhaps an extra month or six weeks because the weather will be too cold to move them outdoors as early as those normally hatched in April. Such extended brooding of a large number of youngsters may well strain available space and induce greater losses and disease problems. Over crowded young birds are also more likely to engage in feather eating and are more prone to leg problems due to nutritional deficiencies.

There is no doubt that an extra month head start on the breeding season can translate into big wins early in the show season. Just be sure to balance the gains with the possible disadvantages. 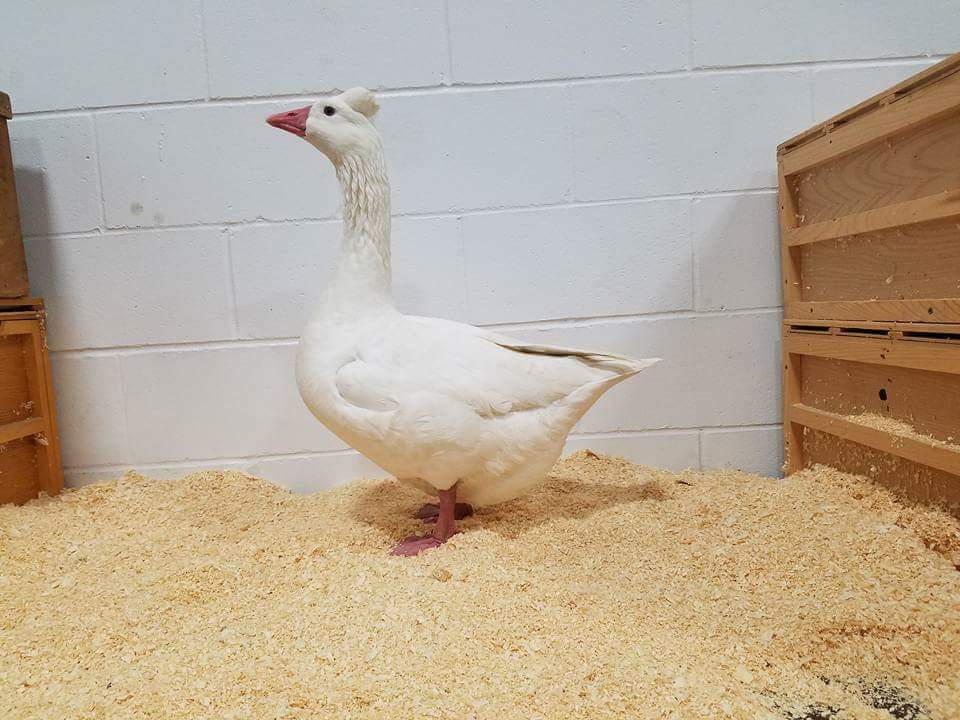 Q: Do all breeds of waterfowl benefit from beginning the breeding season early?
A: Normally, early hatching most benefits those large breeds that are slow maturing. Examples would be Rouens, Aylesburys, Embdens, Toulouse, etc. The bantam breeds are relatively quick to mature and early hatching may actually lead to more oversized specimens although it is quite possible to hatch some wonderful bantam ducks early.

Q: Does an early start to the breeding season mean more eggs laid and more youngsters hatched?
A: Not necessarily. Most females are programmed to lay a certain number of eggs and may lay fewer under some circumstances but not many more. They often just stop laying for the year earlier than others that start later. If anything bad happens to those early eggs (infertility, poor hatching, etc.) one may actually get fewer young than if the breeders were not forced to begin production early.

Q: How strong does the artificial lighting have to be to stimulate the early egg production?
A: Often, it takes much less than one would imagine. I have used as little as one sixty-watt bulb in a house containing six pens each 4 ft by 6 ft.

Q: Can I use infrared bulbs to provide some heat in very cold weather without causing the birds to begin laying?
A: No, not without using black plastic around pens of birds one does not want affected by the light.