This article on avoiding common pitfalls is being republished from Acorn Hollow Bantams website with permission from Lou Horton.

It is my observation that we in the poultry fancy are being blessed with an influx of new fanciers, not all of them kids. As the Baby Boomers reach retirement age, many are looking to pick up hobbies that they had to abandon during their working years. Established members of the fancy poultry world should welcome these folks and should make every effort to help them be successful. To that end, I thought that I would revisit the topic of avoiding common pitfalls when starting up in waterfowl or any other type of poultry for that matter. I will concentrate on four of the pitfalls which I believe are most common and which can be damaging to the chances for success in our hobby.

Birds before the Coop

Building the flock before one builds good facilities. This is such an easy trap to fall into because so often the purchase of stock is an impulse buy at a swap or show. The problem is that then one must rush to cobble together something for the birds without planning. The result so often is penning which looks like it was thrown together and which is less secure than it should be. It probably is also less easy to care for the birds because planning was lacking.

Fortunately, it is a situation easily corrected if one sets about systematically designing proper housing and cooping and invests the time, effort, and money into doing the facilities properly. Of course, it is also quite easy to continue to put most of the resources into purchasing the birds and “making due” with substandard housing. A major advantage today’s fanciers have is there are plenty of proven designs for housing out there in books as well as on the internet.

Security from predators in particular is vital. To allow predators access to the fruits of all your efforts is senseless, in my view.

Too Many Different Varieties or Breeds

It is so easy to gradually add one breed or variety after another. After all, they each have their charms and one more mating won’t matter much. That mistake opens one to two consequences. First, it will lessen the chances that one will ever be truly successful in any project because it will mean that one can raise fewer young in each of the several varieties. Remember, adding one more breed/variety means more than adding one more pen in which to keep them. What about the young raised from them? In chickens, what about the extra pens needed for all of those young males?

The second consequence is often overlooked or minimized: what about the extra cost and labor involved with each additional type of bird raised? There is only so much time in each day and only a finite amount of money that can be devoted to our hobby no matter how much we love that hobby. A major cause of disillusionment among new poultry fanciers is that they take on too much too soon and it becomes just another job to do instead of being a source of fun and relaxation. 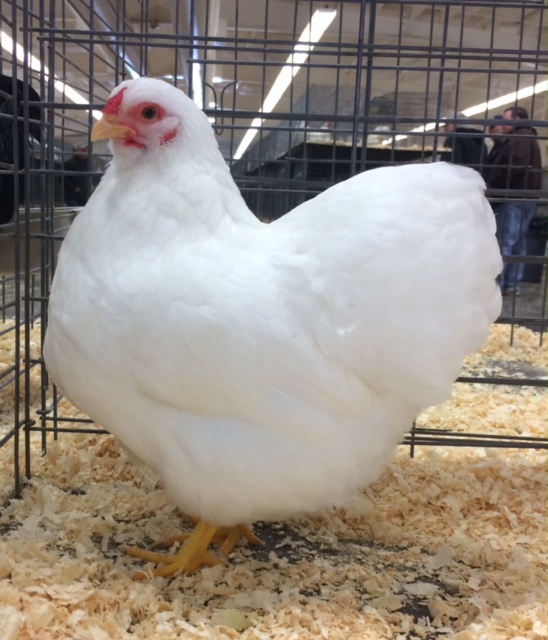 When one is new to something, it is natural (and wise) to seek the counsel of others who know so much more about the subject than you do. The problem arises when one continues to depend upon others to determine the goals of one’s breeding program. Any breeder/exhibitor worth their salt should study the Standard of Perfection for their chosen breed and develop their own interpretation as their experience grows. At some point, a firm picture of the ideal Wyandotte, Cayuga, or Pilgrim goose should become established in one’s mind. That picture should be the result of Standard study, of many examinations of birds at shows, and from many conversations with other breeders and judges. It may change in subtle ways as additional experience is factored in over the years but the evolution of that ideal picture should begin early and should be relatively complete within a few years of taking up a breed. If one continues to defer to each judge who passes on one’s birds or to other breeders whose opinions sway breeding goals like tall grass in the wind, one is basically relegating the most creative, satisfying aspect of poultry breeding to others. Set your own breeding priorities and change them when you see the wisdom of doing so and only then.

Don’t be Fooled by Its Looks

This mistake refers to one particular breed of duck, namely the Call. The Call possesses one attribute which makes it unique among domestic ducks: it can be shown for quite a few years if well cared for because it is very hard to tell how old a Call is by just looking at it. That means that someone who is “ethically challenged” can pass off a five year old bird as a two year old quite easily. Needless to say, most five year old Calls will not be as productive (or as fertile) as a two year old. Beware of anyone offering to sell a show quality adult Call duck especially if one does not know the person well. The person may well be attempting to “cash out” on a bird of advanced age or on one that is no longer (or never was) a good breeding bird. Most people are only willing to pay top dollar for a show bird that is also a decent breeder.

I promise that if new poultry raisers are avoiding the above common pitfalls, that they will find our hobby more fun and more fulfilling. Above all, never forget that you are supposed to be having fun. That should be your primary goal!