This article provides avian influenza background and timing in regards to the Pacific Flyway, but the general message is applicable elsewhere.

In our newfound world of pandemic awareness, it seems not even our feathered friends have been spared from pandemic impacts. Highly Pathogenic Avian Influenza (HPAI) has continued its pre-Covid scourge of our world, with detections on nearly every continent continuing for a number of years. The World Organization for Animal Health (WOAH) has been providing regular updates on global detections since late 2019 on the current virus as countries report their detections. The unfortunate propagation of this virus among wild and captive populations has meant a dark future for many individuals and populations of birds, indiscriminate of species.

This virus is not necessarily a new threat to animal health and animal health professionals. Most human-focused pandemic preparedness plans in place in the Western world were formed based on a zoonotic strain of avian influenza that mutated into a form that could potentially transmit to and between humans. While this threat persists, scientists are confident that the current strain circulating among fowl is currently lacking the genetic composition to infect humans. The danger lies in the numbers though, and although the threat is low, this can change quickly. As more birds are infected, including those in managed settings, there are more and more opportunities for potential mutation as the virus replicates in each of its new hosts. This principle is the reason regulators around the world are required to take such a strong position in how they respond to zoonotic influenza when it infects captive flocks.

The speed at which this virus has traversed the globe has been incredible. Previous outbreaks in North America have traditionally originated in Asia, crossing the Bering Strait through comingling Arctic-nesting birds. This was last seen in 2014, with detections on the Pacific flyway, hitting the U.S.A. the following spring. The current pathway of viral spread is very different from prior, and even anticipated events.

The detections of the current virus began in southern Europe moving northward in 2019 and through 2020, hitting northern Europe and the United Kingdom, then moving to the east coast of North America in 2021, and hitting hard along the east coast all fall and moving westward and north through the spring and summer of 2022. Although it is clear that the migration of birds move the virus, caution must be exercised when associating risk periods with migration. Recent advances in whole genome sequencing have revealed some very compelling data that refutes and challenges the theory of defining periods of risk with these migrations. 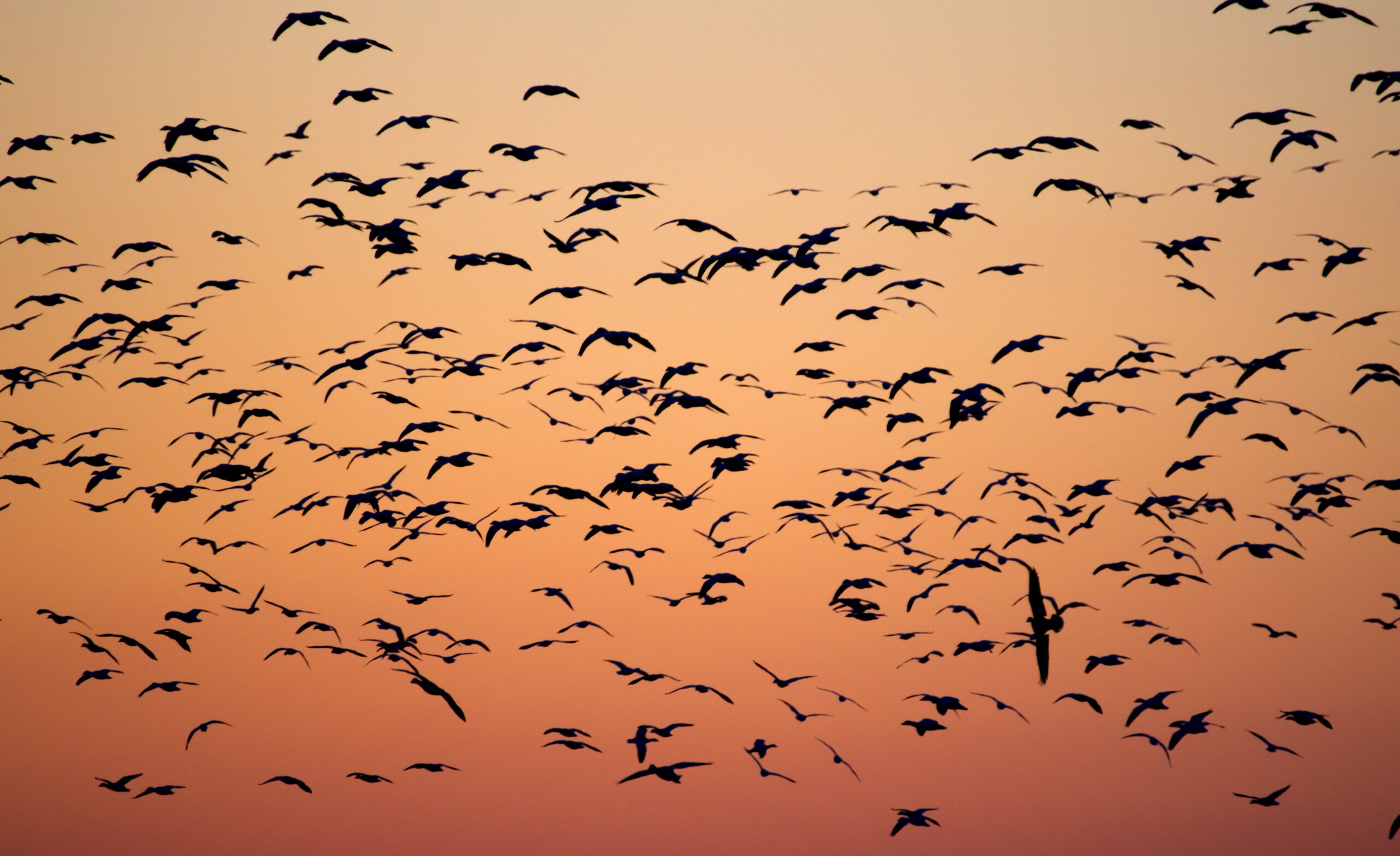 In one geographic region, recently found and yet to be published data, a virus was isolated in a captive commercial flock in fall of 2022 that was identical to the virus found in another commercial flock about 50 km away, earlier in April the same year. This case likely points to the virus continuing to circulate in local resident populations of birds, and again, defying the premise that the virus is tied to migratory birds, as it persisted through the summer, which in this region was exceptionally prolonged and dry. Also, it should be noted that some local flocks of non-migratory geese experienced regular and significant die-off events attributed to the virus as well, but potential correlations have yet to be confirmed.

There are a few dashboard applications being used for monitoring the testing and reporting of HPAI detections. These dashboards allow easy filtering of detections and results by species, date, and location. To view these dashboards, you can visit:

It is important to note that as long as wild birds continue to test positive, environmental contamination with this virus will persist. This virus seems to thrive in cool, damp conditions, which much of the northern hemisphere experiences for many months, particularly on coastlines or near large water bodies. This should be considered when visiting any areas that may be home to wild birds where you could risk contamination, and then visiting any captive flocks. It is also important to note that you can expect that detections will slow during periods of warmer, dryer weather, though they will likely never disappear while wild birds are present and creating a reservoir for the virus to continue cycling.