Corrective mating of poultry is mating a bird that is weak in one area, to a bird that can offset that particular weakness. In some circles, this is referred to as “compensation mating.” Corrective Mating practices have been used for many years by a wide variety of animal breeders yielding amazing results.

Lloyd Bracket, a breeder of German Shepherd Dogs, produced 90 champions in 12 years using this principle. He said “physical compensation is the foundation rock upon which all enduring worth must be built.”

Just what exactly is physical compensation? In short, it is the balancing of any possible imperfect feature in one bird by mating it to one that is ideal in the same feature. For example if a bird has a weak top-line, it should be mated to one that has an ideal back. This law, so to speak, applies to every possible aspect of a breed you’re working with. It doesn’t matter if the trait is one of structure, production, or temperament. 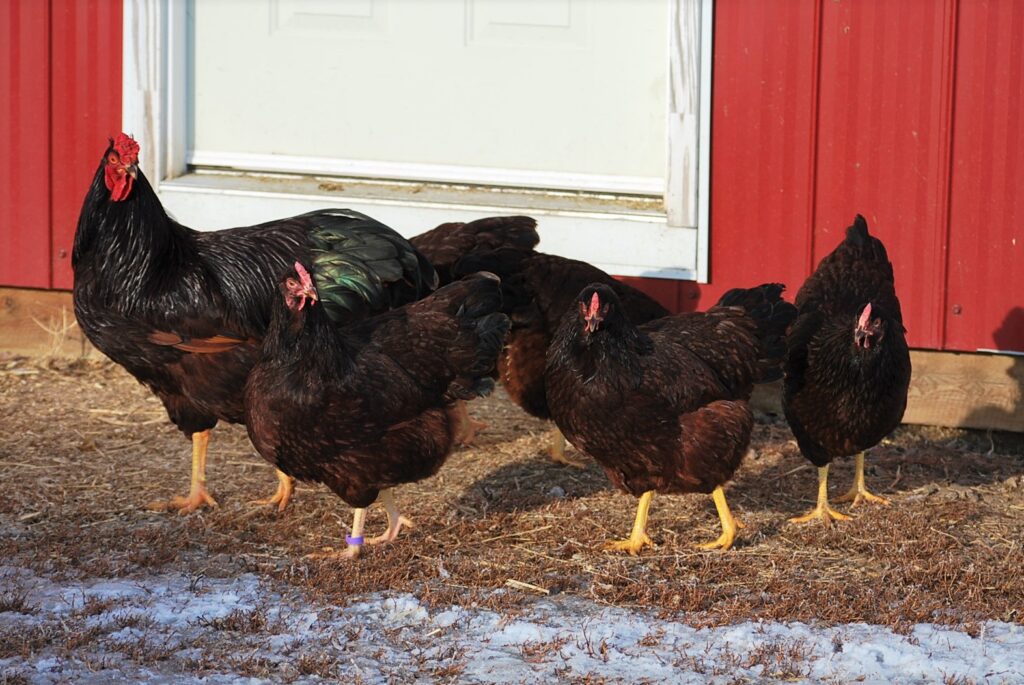 For many years, the standard advice in much of the breeding literature has been to mate a bird that is weak, or under developed in a particular area to one that is over developed in the same area. For example, if you have a male that has too much slope of the back from neck to tail (runs “downhill” from base of neck to base of tail), the suggestion would be to mate him to a female that slopes from tail down to neck (runs “uphill” from base of neck to base of tail). The theory was that “too little” blended with “too much” produced “ideal.” Often, though, this blending theory just never worked.

OK, so what’s the proper way to achieve balance? The ideal matings are those where neither the males nor females exhibit any major faults and as few of the minor ones as possible. Additionally, if one bird is either over or underdeveloped for a particular feature, make sure that its mate is ideal in that feature.

Corrective mating should be used for three reasons:

Properly done, compensation mating will keep your birds heading in the direction of the Standard of Perfection year after year. While you may not produce that awesome champion with the first mating, continued breeding with the focus on the “ideal bird” will steadily raise the overall quality of your flock. From this ever improving, ever more genetically pure base, that champion is sure to emerge.