Imported fire ants can cause problems on poultry farms by attacking chickens and foraging on broken eggs. Fire ant stings cause blemishes that can reduce the quality of poultry. Their stings can cause medical problems or even death to some animals receiving multiple stings.

In animal feeding stations, barns and feedlots, fire ants can cause similar problems. Fire ants prey on a number of pest insects and arthropods, including many species of caterpillars, flea larvae, ticks and chiggers. They also prey on beneficial insects.

Ants defending mounds can sting and cause medical problems for workers. The ants have an affinity for electrical units, utility housings and structures, where they can cause equipment failures.

Like other ants, the fire ant is a social insect. Colonies of these ants reside under mounds of dirt that may exceed 18 inches tall. Imported fire ant mounds commonly occur in open, sunny areas in the landscape.

Winged reproductive male and female ants periodically leave the colonies on mating flights. Mated females (queens) can fly or be carried by winds for miles before landing and starting new colonies.

Development from egg to adult occurs in about 30 days, progressing though four larval stages and a pupal stage. In a mature colony, worker ants (sterile female ants that can sting) can number in the hundreds of thousands.

There are two forms of fire ant colonies: single queen (monogyne) and multiple queen (polygyne). Areas infested by the single-queen form may have 40 to 80 colonies per acre. Land infested by multiple-queen colonies can harbor 200 to 800 or more ant mounds per acre. 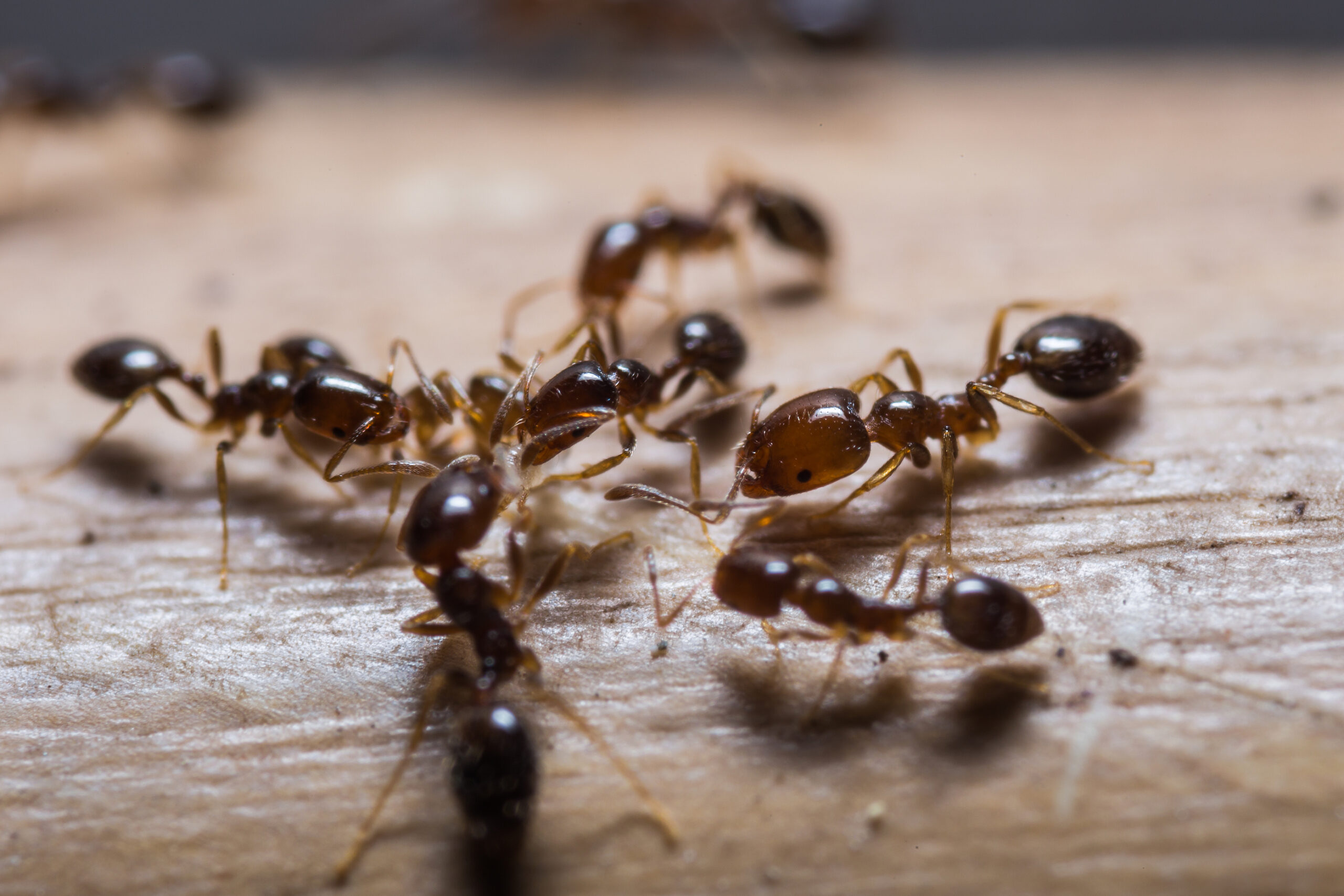 The number of fire ant mounds can increase rapidly after agricultural lands are disturbed by mechanical operations or pesticide use. Because the ants can form a mass of floating bodies, flooding can temporarily move fire ants out of flood-prone areas and into sites that were not previously infested.

Management of fire ants for caged-layer houses differs from that for broiler houses.

Use a combination of the following suggestions:

Program 1 for caged-layer facilities can be adapted to broiler houses, if the products used are registered for this site. Because broilers roam freely in the houses, you must take care to prevent the chickens from having contact with the insecticides by confining treatments to the outside of the broiler house (see Step 1 above).