Poultry Breeds: Looking Back at 45 Years

This article on looking back at the past 45 years of exhibition poultry breeds is being republished from Acorn Hollow Bantams website with permission from Lou Horton.

Many more breeds of poultry have improved over the last 3-4 decades than have regressed. That has been due to lots of dedicated effort by breeders who loved their breeds and worked on improving them sometimes for decades. Some breeders even concentrated most of their efforts on one or two varieties within a given breed. People like Bill Bowman (Buff Brahma bantams), Larry and Mark Peterson, (Light Brahma standards and Cochin standards), Adrian Rademacher (Black Minorca and Rhode Island Red standards among others) and Bud Hudson (White Rock standards) to name just a few. Such men were not concerned about whether their breed or varieties were trendy at the moment or if those breeds/varieties were the best candidates to “win it all”. They simply loved the birds that they worked with and kept at it. Guess what? In the long run, the winning took care of itself for all of them.

Of course, the waterfowl had their share of this kind of breeder. Darrel Sheraw certainly did his share to contribute to the progress of both the established varieties of Calls and the East Indies over a long period of time. In addition, he created and helped popularize the Blue Call (the very first “new” variety of Call in the Standard) as well as my personal favorite among the newer Call varieties, the Butterscotch Call. Meanwhile, M. G. Oakford of Wisconsin was creating the Snowy Calls and the Pastels in addition to having some of the finest lines of White and Gray Calls in the country over a very long period of time. Both men supplied breeder and show quality Calls to exhibitors and breeders all over the U.S. and Canada for several decades and Sheraw continues to do so. Not the least among those who improved and helped popularize Calls over several decades is Art Lundgren of New York. Art started with other breeder’s castoffs and developed top lines of Calls.

As mentioned earlier, David Reath of Michigan made tremendous strides through his breeding programs with Toulouse and African geese and Aylesbury ducks (using seed stock originally imported from the U.K. by Gerald Donnelly).

If I had to choose the one waterfowl breeder who has done more in recent years to popularize and improve numerous lines of waterfowl, it would have to be Dave Holderread of Oregon. Dave undoubtedly has the premier overall flock of waterfowl of many breeds which he shares with others through the sale of ducklings, goslings and adult birds. He also has developed, as well as imported, several breeds of ducks and geese not previously found in the U.S.  Dave’s Cayugas, Toulouse, Africans, and Embdens, among others, were brought to state-of-the-art status through his breeding work.

Back in the 1970’s and 1980’s, the Cayuga was a breed not often seriously considered for championships because they were undersized, possessed mediocre color and had serious type shortcomings. Today, they are among the leading contenders for waterfowl awards due to the work of Holderread, Paul Ashbrook, Byron and Laura Kershaw, and Don Roscoe among others. It would be hard to find a winning flock of Cayugas in this country which does not have at least one of the bloodlines mentioned above in it.

The Muscovy breed today contains specimens which approach the Standard ideal in almost every respect. The men primarily responsible include Gary Rayl of Kansas (the Whites), Dan Aultman of Ohio (Blacks) and, most recently, Danny Padgett of Florida (several colors). Raising them in numbers year after year and rigorous selection were the keys for these breeders as they were for virtually everyone mentioned in this article.

So what major differences are observable when one compares the state of exhibition poultry breeds in, say, the 1970s to the present? Generally speaking, the waterfowl breeds have made steady progress and in fact feature some breeds that did not even exist in the U.S. in the 1970s including several colors of Runners, the Hookbill duck, and the Steinbacher goose. That is not to say that some breeds are not much rarer today than they were in decades past. The Blue Swedish and the exhibition Mallard come to mind, for example. One of the key criteria for continued popularity in any type of poultry is the presence of people who raise and distribute exhibition stock on an ongoing basis. Waterfowl is fortunate to have at least two such sources at present: Dave Holderread and Duane Urch. Duane also works with a number of breeds of chickens.

In the large chickens, some colors in some breeds have flourished while other breeds and color varieties have all but disappeared. Those that have flourished largely owe a few breeders who consistently worked with them over a long period of time for their continued development. An interesting development over the last ten years or so is the rise in interest in breeds which were considered all but extinct a decade or so ago: the Buckeye, the Maran, and the Chantecler. The increasing interest in these breeds seems to coincide with the growing interest by small holders in keeping dual purpose flocks for eggs and meat. As a matter of fact, the trend toward keeping small flocks even in urban areas is strong and growing and such people may prove to be allies of the exhibition poultry fancier in the future. 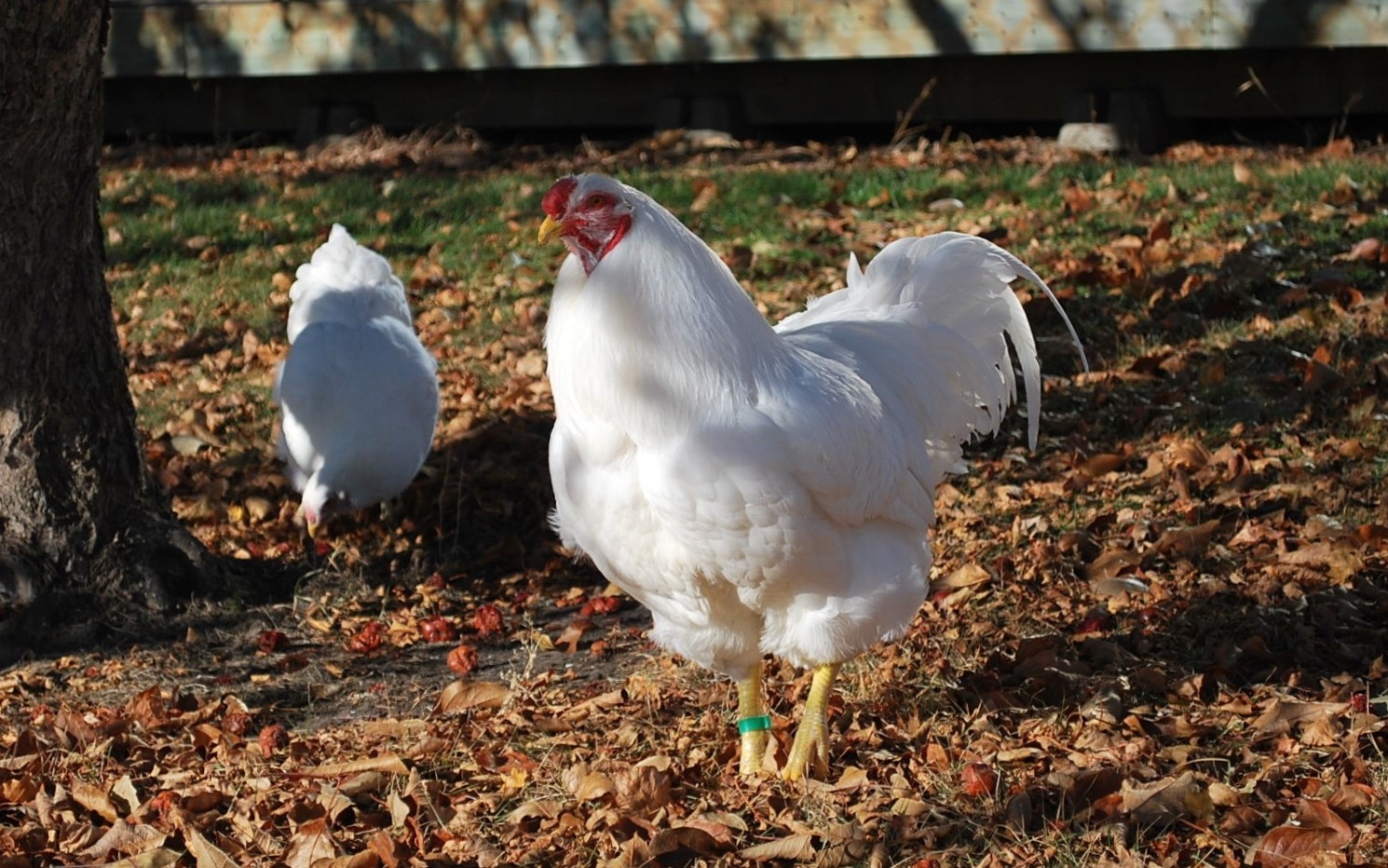 The breeds of bantam chickens are an interesting study. Dozens of breeds seem to be thriving and yet there seems to be a similar trend as in other forms of poultry:  a steady ebb and flow of popularity within some breeds, largely due, I suspect, to the presence or disappearance of major breeders who popularized them and supplied a steady number of high quality stock on an ongoing basis. Overall, the status of bantam chickens seems to be solid. There is even a new breed being touted in the U.S.: the Serama.  There is also rekindled interest in some European breeds not often seen here in some years.

The bantam ducks are a mixed bag. The Calls and East Indies are doing exceedingly well with large classes and more good birds in the hands of more people than ever before. I cannot say as much for the Mallards and the Mandarins and Woodies. Those birds all share a similar “wild temperament” which can certainly be overcome by taming and coop training but few Mallards of quality are to be seen at most shows and the presence of either Mandarins or Wood Ducks is even more of a rarity.

Those who have only been a part of our hobby for the last few years do not know how fortunate they are in one respect: there are plenty of good sources for poultry supplies, medications, and even ready-made poultry housing. Such was certainly not the case in the 1960s and 1970s and it was a real problem for most of us. Also, as mentioned in Part One of this article, current poultry information was also hard to come by. Today when one considers all of the books and publications and all of the good online sources of information, there is no excuse for ignorance.

I hope that the reader has enjoyed my little glimpse into the not-so-distant past of exhibition poultry breeds. I have certainly enjoyed providing some of my memories and observations.

Click here to read part one or two of this series.