Part one of two in a series about identifying healthy chicks by Clayton Botkin.

This article is meant to address a common problem I see more and more among people purchasing birds at sales and auctions. Sales and auctions, while providing a great service to the small–scale poultry producers, also facilitate the sale of perhaps not–so–healthy birds. This problem is not a secret and has been much debated in times past. I wrote this article with the intention of providing some guidelines on what to look for when purchasing chicks or young birds at an auction or sale. Many of these principles may also be applied to the purchase of adult birds as well. Although I have attempted to address as many issues as I can think of, this guide is by no means comprehensive, and remember, these auctions and sales are always buyer–beware.

The face should be clean and free from any build–up or fluids. Any fluids, coming from the eyes or nostrils, or sign of problems should be avoided. The eyes should be bright, active and adjust quickly to changing light conditions. If you can, always check to ensure the comb is correct for the breed that they are labelled. Note that as young chicks, it may not be possible to ensure the correct comb type. As the chicks grow, the comb should be easily distinguishable. Also, remember that male chicks grow combs faster than females, so you may want to consider that when making purchases of chicks all of the same age. You should also be wary of chicks of multiple ages combined in a sale cage, as this comb–sexing method could be inaccurate. The head should also be carried high and above the back in a natural fashion. Watch for chicks that are huddled and have their heads sunk back into their backs. This is an indicator of ill health.

Ensure the chick is breathing normally and breathing is not strained or laboured. Strained breathing would be described as any muscle movements that are not normal in regular respiration. An example of strained breathing would be the extension of the neck in a situation where there may be a partial blockage of the airway. You should not be able to hear the chicks’ breath. Normal breathing should be silent to our hearing. If not, it can indicate any of numerous possible respiratory issues and should be avoided at all costs. These chicks of course should be immediately removed by the seller, and likely should not have been there in the first place. The chick(s) should also not regularly open their mouth to breath. They may do this if they are in conditions that are too hot, as it is a natural mechanism for the bird to cool its body, similar to panting in dogs. 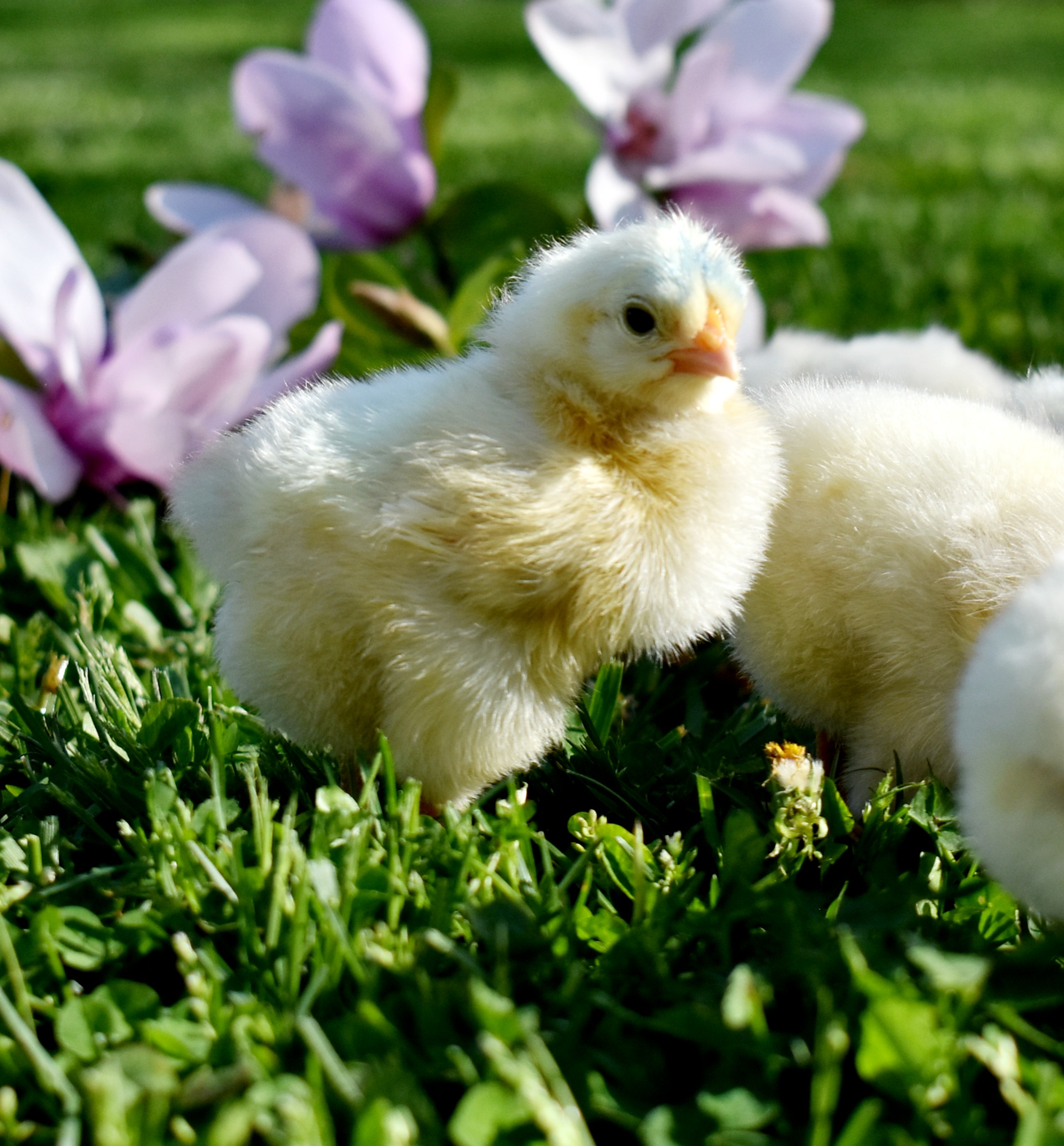 Regular rhythmic breathing patterns should dominate the normal respiration of the chick(s). Anything outside of a rhythmic pattern should be cause for concern and the seller notified immediately.

Should be clean and free of accumulations of waste or bedding. Down should be solid and smooth over the entire body, except where there may be emerging feathers. Feathers grow first along the wings, with the primary and secondary flights, closely followed by the mail tail feathers and then followed by feathers on the back and front edges of the breast. Smooth and uniform growth of these feathers through the down indicates healthy chicks. If the feathers have grown out enough, or on older birds, have a close look at the main tail feathers. If the bird has experienced any form of physiological stress during the growth of the feather, you will notice a weak band across its surface, where the barbules have rather released, creating a thin spot on the web. It may be worth asking the seller if they are aware of the stress. It can be something as simple as a missed feeding or a vaccination, but it also could be an indicator of something more complex.

If you are able to handle the chicks, try folding out a wing, and seeing its reflex to return back to normal carriage. A healthy, well–conditioned chick will have a quick return, so long as the chick has enough wing–development at this point in its growth. This will not work for chicks that are young, likely below a month of age, as the retraction comes from development of the breast muscle and this can be slow in some breeds. The wings in some juvenile chicks may hang slightly low if the muscles that normally support them have not grown in properly yet, but be wary of slipped wing and angel wing in waterfowl. I would recommend avoiding the purchase of these chicks if possible. The back should be full and carried properly for the breed.