Pasting: What it is and What to do

Pasty Butt, also known as pasting, paste up, or sticky bottom, is a common condition in newly hatched chicks/poults/ducklings. It occurs when soft droppings stick to a chick’s vent, then harden and seal the vent shut. If the condition is not corrected, the affected chick may die. What I find alarming is the downright frightening and outright wrong things people are advising for treatment. Everything from giving them a“cure all” that cures nothing to giving them electrolytes. Both of these treatments can actually make the problem worse, not better.

Although pasting may be caused by disease, typically in chicks older than one week, it is more likely to be caused by chilling, overheating, or improper feeding of newly hatched chicks. Shipped chicks that got chilled in transit may paste, as may dehydrated chicks that are given too cold of water as their first drink. Pasting is less likely to occur when the chicks’ first drink is no less than brooding temperature (95 to 100ºF) and the chicks are drinking well before they start eating. 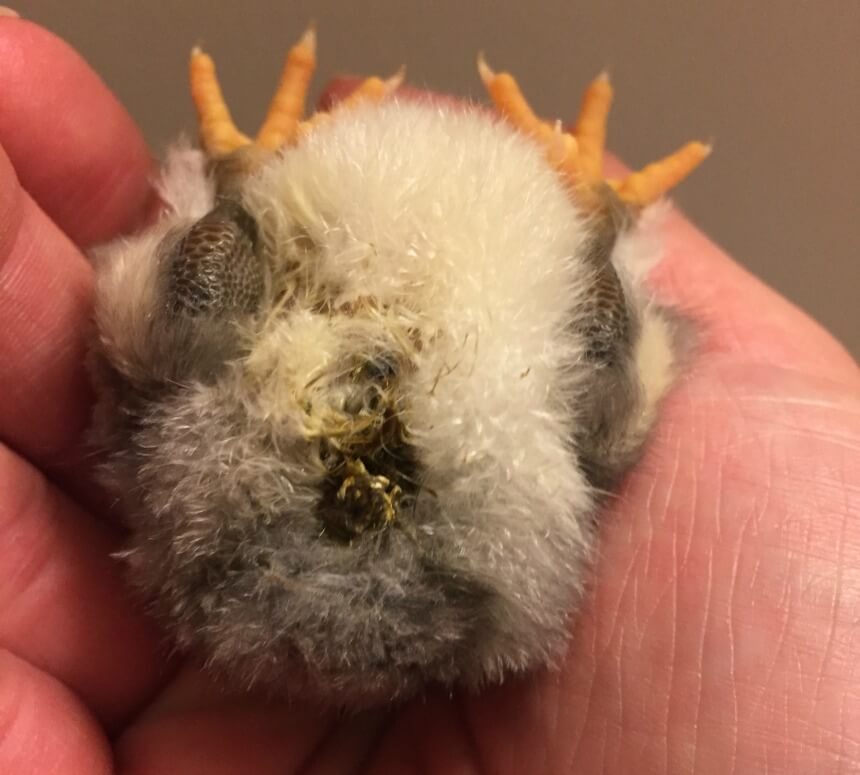 A chick with a sticky bottom must be cleaned up before the droppings harden and plug up the works. Begin by running a gentle stream of warm tap water over the chick’s bottom. Then take your time picking off the mess with your fingers, being super careful not to rip out any down and tear the chick’s tender skin. Depending on how thick and hardened the poop is, you may have to pick off a little at a time, then apply more warm water.

When all the droppings have been cleared away, dry the chick’s bottom by gently dabbing it with a paper towel. After the chick is fully dry, apply a little Vaseline to the vent to protect the affected area from chaffing and to prevent fresh poop from sticking.

If pasting persists, it could be caused by the type of feed the chicks are eating. Newly-hatched chicks should be fed only starter ration designed for this purpose. Be aware, some types of feed, particularly those derived from soybeans, can trigger pasting. In that case, simply switching to a better-quality starter ration can solve the problem.