I have come across several posts from Ameraucana breeders asking if their chicks can be feather sexed. Feather sexing using sex-linked genes related to feather development is a widely used chick sexing method in the poultry industry. In order for feather sexing to be accurate, it must be specifically bred for and involves controlled matings and selection.

The locus of the feather development gene (K) is located on the Z chromosome.  A feather sexing line can be created in poultry from using early-feathering (k) and late-feathering (K) genes.

By establishing maternal stock with the dominant gene (K) and paternal stock with the recessive gene (k), the slow-feathering characteristic is passed from mothers to their sons and the rapid-feathering characteristic is passed from fathers to their daughters. The males produced typically have shorter primary feathers than the females.  In the females, the covert feathers are shorter than the primary feathers. In the males, the covert feathers are as long as, or longer than, the primary feathers.

Somes (1970) reported on a third allele (Kn) at the K locus. This allele is dominant to both K and k and results in an extremely delayed feathering.

A scientific study completed in 1977 identified a fourth allele at the K locus. The new allele was found to be dominant to late feathering (K) and to early feathering (k). The term “slow” was suggested and it was labeled with the symbol KS (McGibbon, 1977).

The probable order of dominance of the alleles at the K locus is KN→KS→K→k.

Several scientific studies have been completed to assess the effects of the K alleles. 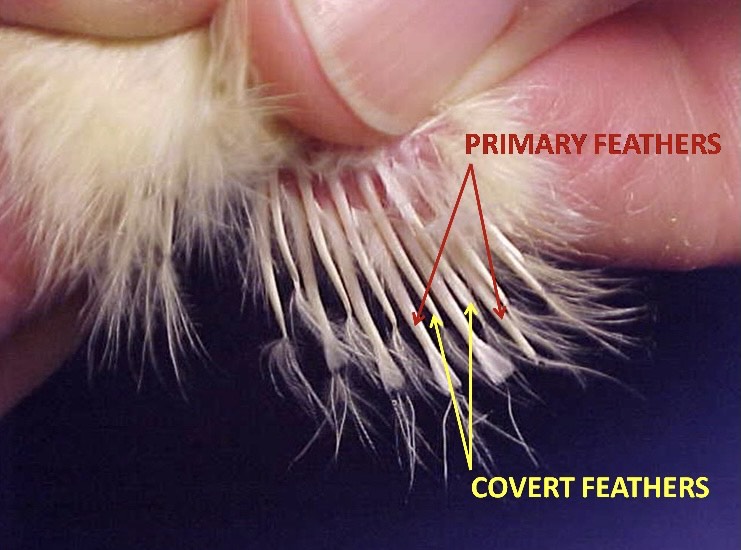 A study completed in 1961 found that the k allele was associated with bigger chicks at hatch (Saeki et al, 1961).

Hopefully this educational post will be helpful to breeders that are curious about feather sexing, the K locus, and the effects of the various K alleles! 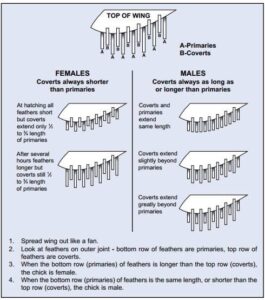 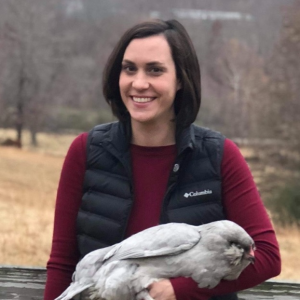 I am originally from Alabama. I attended Freed-Hardeman University. I graduated with a double major in Psychology and Kinesiology. I worked as a family counselor for several years prior to becoming a stay at home mother. My husband and I have four children and we reside in Lawrence County, TN. I enjoy studying poultry genetics and raise standard-bred Ameraucana.
View Calendar