This article provides a short summary all about the Magpie duck covering some the breed’s history, description, uses, and other fun facts! It is definitely a brief overview of the breed and there is always lots more to say and know!

It is believed that Magpie ducks were first bred by M.C. Gower-Williams from Wales and Oliver Drake from Yorkshire, after the First World War. There is uncertainty of what breeds were used to develop the Magpie duck, but some think that it could have included Indian Runner ducks and possibly influence from the Belgian duck breed, Huttegem. From my experience, I believe it is very likely that there have Indian Runner ducks in their ancestry, as Magpie ducklings sometimes stand just as upright as Indian Runner ducklings do.

Magpie ducks were first documented in Britain in 1920 as part of their poultry association, but were not accepted in the American Poultry Association Standard of Perfection until 1977. This delay is due to them not arriving in North America until the 1960’s and were not that widely kept by breeders. 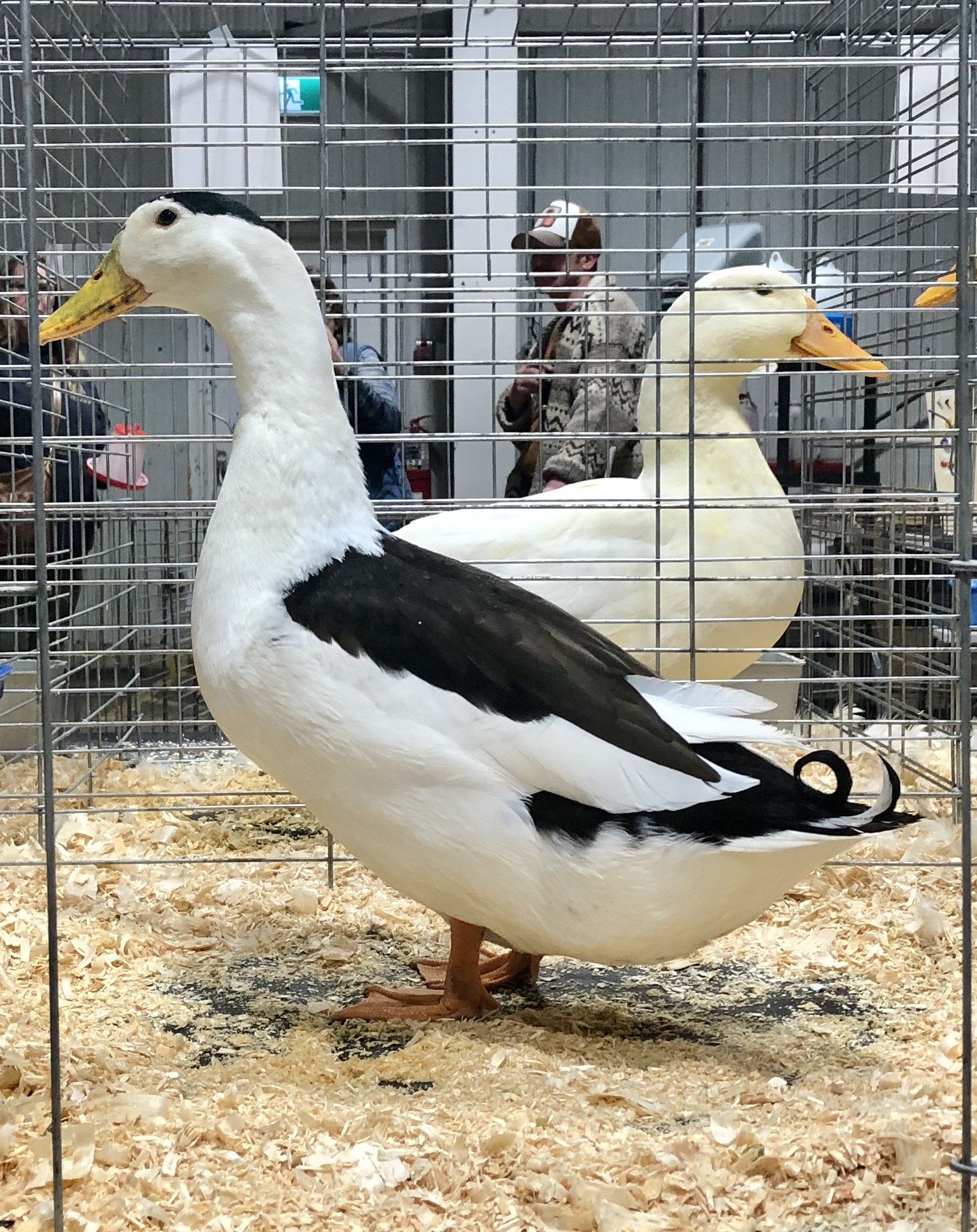 Magpie ducks are in the light class of ducks and range in weights between 4 to 5 pounds. They have two popular colour varieties which are both accepted by the American Poultry Association: Black and White, and Blue and White. When describing the colour varieties, both have the same description but just differ in the coloured sections being blue or black.

You can find their full and detailed colouring and confirmation description in the APA Standard of Perfection, under the Light Duck class. In general though, areas that are coloured are the cap, back, shoulders, wing coverts, and main tail. When looking from above, the colouring can resemble a heart shape on the duck. All the rest of the duck is white. The bill and feet are preferably as orange as possible, but will inevitably have black/green on them especially as the bird ages. Magpies have either dark grey or dark brown eyes.

They are a long, moderately broad and deep duck that stands somewhat upright and should appear active and somewhat racy in the body and head.

Magpie ducks are truly multi-purpose breed! They are known for their cream to light green coloured egg laying ability, have a decent carcass when raised for meat, are beautiful and eye catching show birds, and have been used as pest management ducks due to their strong inclination for foraging yet not being that heavy to compact the dirt or damage plants.

These ducks have a fantastic personality and are really friendly and captivating to watch and enjoy in the yard! The males are very protective of their females and take strong responsibility for guarding and watching them. Although, this also means they are very interested in the female ducks and it is suggested that for breeding scenarios that the ratio is one male to five females, though it does depend on each male Magpie. 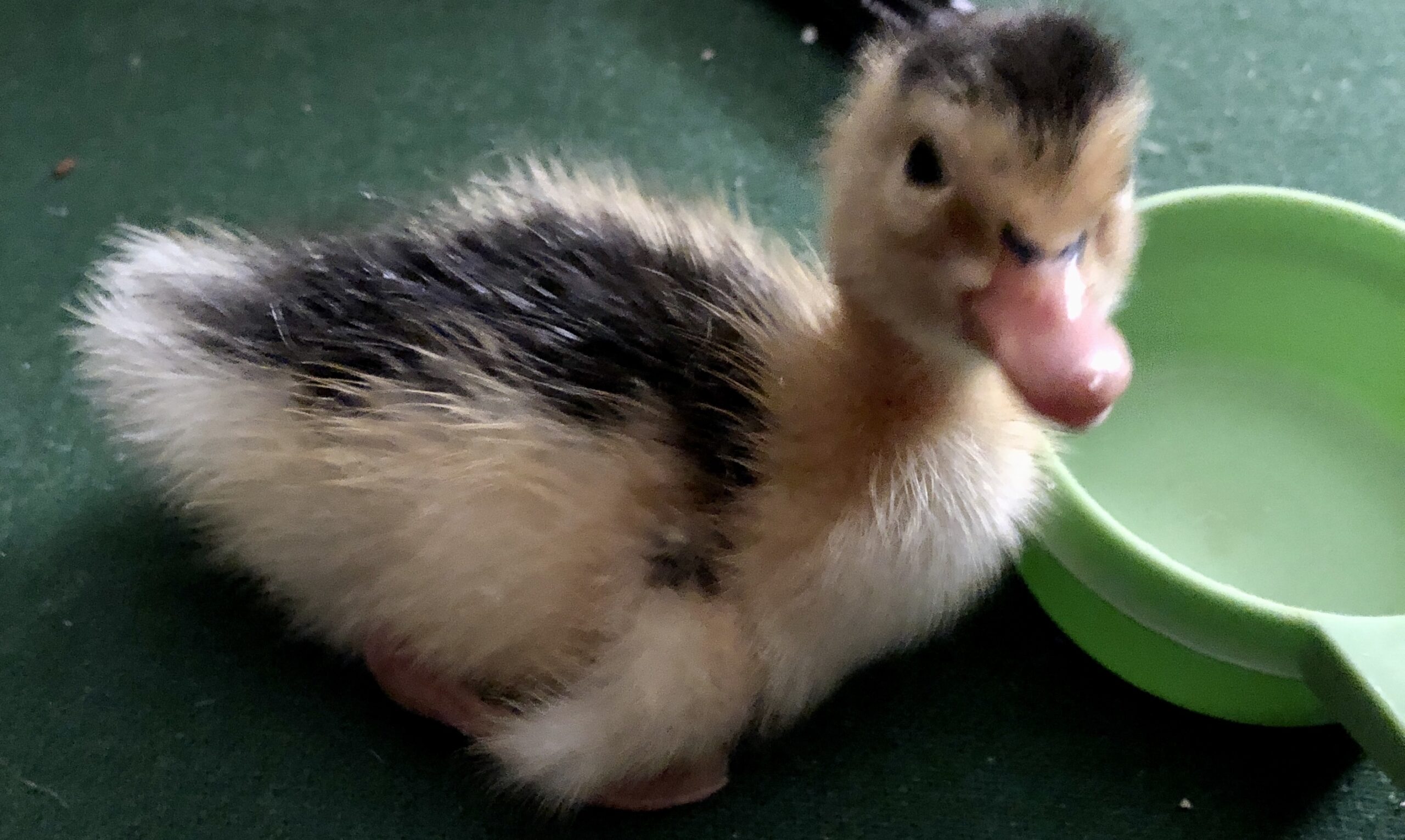 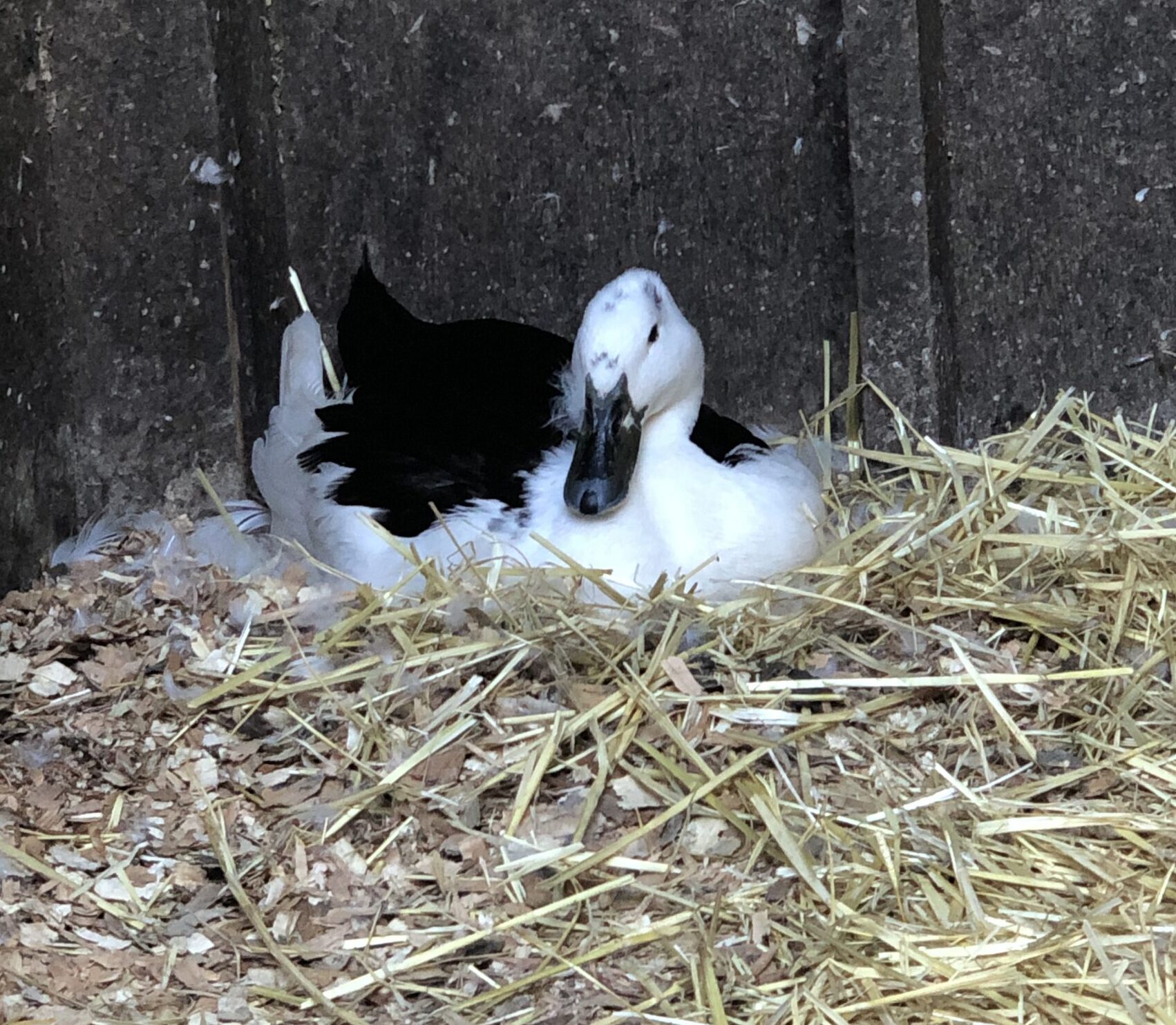